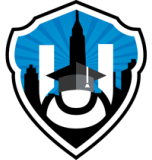 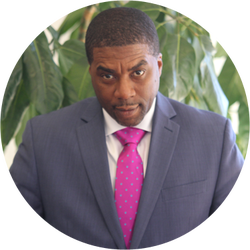 Professor Devin Robinson is a very unique maverick. Born in the United States Virgin Islands, and serving in the U.S. Army, only to complete two terms of service as a highly decorated non-commissioned officer, who owned a chain of vending machines while serving, are just a fraction of what makes him unique. He is the youngest of 3 boys, where the doctor urged his mother to abort him for medical reasons. But this isn’t what makes him largely unique. Simply, he is a doer. After spending some time in corporate America working for MCI WorldCom, which would soon become the company faced with the largest accounting scandal in U.S. history ($9 billion), he decided to follow his heart into full-time entrepreneurship. He resigned his lucrative engineering position to spare a co-worker's job from an upcoming lay-off. When this happened, his wings spread into a life of true entrepreneurship.
​
As a trained engineer who understands that creating the perfect system is what leads to a successful business, is one of the insights that he used to succeed in business. Now, don’t think his story is a tale of pleasantries. Professor Devin Robinson stumbled and failed hard. But he is resilient.

His experience doesn’t come from superficial business endeavors either. He stepped up to the challenging of running brick and mortar businesses in multi-year commercial lease obligations that staffed employees on a full-time basis, generated tax revenues in their local communities, contributed to a better quality of life, lowered the unemployment rates and more. He holds keys to physical buildings; something he encourages more entrepreneurs to do. He believes that home-based and car-based businesses should be a bridge. They should be stepping stones to physical structures. He believes that running online businesses should be complement to a brick and mortar. He knows how to enterprising can be a fearful journey. This why he shows others how to properly embark on their quest.
He has written 8 self-help books and was weekly columnist for 7 years with the Daily News newspaper. He has established a solid track reputation as a motivational speaker, built a sound track record as a trainer/consultant and embodies credible accolades as a business owner. He has appeared on numerous corporate media platforms (Fox News, TV One, Radio One, New York Times, Sirius XM) and countless regional and local media platforms speaking on social, business, activism and political issues.

His belief is in accountability. He strongly feels that if the urban community began a quest of business ownership, there would be less inequality between communities.

What most makes Professor Devin Robinson unique? He holds multiple business degrees. He understands business ownership. He has led economic protests. He understands diversity. He has felt violent racism. He understands being a worker and employer. He is an experienced writer, speaker, and curriculum developer. He is a world traveler. He has extensive pilot training and jumped out of airplanes while assigned to combat units in the military.

Why do they call him “professor”? It’s not just a term of endearment. Since 2007, he has taught at universities in his spare time, bringing his solid entrepreneur and ownership experience to business students. In fact, he was a professor in the economics department of Oglethorpe University in Atlanta, Georgia where he not only taught 7 various economics courses, he also created two: Criminal Economics and Industrial Economics. Economics is one of his most favorite business subjects. He taught all of the courses in the retailing department of Bellevue University and 6 business courses at Southern Crescent College. He has been rated as one of the best in delivering course content and is known as one of the best in building businesses. He is one of those rare professors who could bring his real-world entrepreneurial experience to the university classrooms... and now to the classrooms of Urban Business Institute.

These elements make Professor Devin Robinson unique and the perfect candidate to lead an organization like Urban Business Institute that requires bravery. It will take a wide range of experience, knowledge, capabilities, patience and bravery to tackle the cultural ills of our communities as student-entrepreneurs are developed into successful owners, employers and entrepreneurs.

He is the one!